Edgar Allan Poe: His Own Tale Of Horror

Posted on April 30, 2012 by brushedwithmystery

His death reads like one of his detective stories; found alone in the streets, wearing someone else’s clothes, and repeating an unknown name.  He would die a day later in hospital – his medical records mysteriously disappeared.  His life reads like one of his short stories; abandonment, lost love and untimely death.  America’s Edgar Allan Poe could be a character in one of his own tales of horror.

Edgar Allan Poe was born to a family of traveling actors in Boston, Massachusetts, on January 19, 1809. A year later his father, David Poe Jr., abandoned the family of two boys and a baby girl on the way. By the tender age of two, Poe was left an orphan when his mother, Eliza Poe, succumbed to tuberculosis.  The children were divided, to be raised by different families. Edgar would be raised by John and Frances Allan.

The Allan’s went to Britain, where a six year old Poe was enrolled in a series of boarding schools in Dickensian fashion.  After five years overseas, Poe and his guardians returned to Richmond, Virginia.  At sweet sixteen Poe proposed to a neighbour, Sarah Elmira Royster, before he headed off to university. 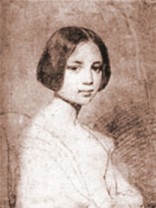 This is the next phase in Poe’s calamity ridden life.  Royster’s father disapproved of Poe who he saw as a man with little prospects.  The letters that Poe wrote to Sarah were intercepted, and she was led to believe by her family that Poe had renounced her. Two years later Sarah Royster married a wealthy business man. True to the narrative quality of Poe’s existence, Sarah will reappear on the pages of his life story.

After the disappointment of failed love, Poe joined the military.  He served for four years, and finally ended this career after being court marshaled for gross neglect of duty. A few months later his brother died.  It was at this point that Poe turned to the profession of writing.  He also married his thirteen year old cousin, Virginia Eliza Clemm,  when he was twenty-six. 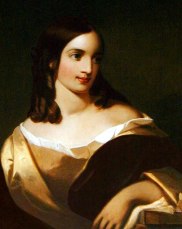 It was seven years into their marriage when his wife showed signs of the same condition that had robbed Poe of his mother- consumption.  In folklore this condition was associated with vampirism, considering that it was a disease that took the young:  would produce blood in the cough, debilitating weakness, and night tremors.  Poe re connected with his macabre side throughout her illness. Two years before she died he would write “The Raven.”  It was also during this time period that Poe started writing a generally new genre of fiction called detective stories- the like that would inspire the calibre of Sir Arthur Conan Doyle.

With a keen love of science and the scientific method, Poe enjoyed solving puzzles.   He was a passionate cryptologist, who shared his interest with a curious audience eager for a good mystery.  His detective protagonist, Auguste Dupin, lived in Paris and was not a professional detective. The second short story featuring Auguste Dupin entitled, “Murders in the Rue Morgue” was based on a real murder.  A young pretty cigar shop attendant, Mary Cecilia Rogers, went missing in New York in 1938. Her body was later found floating in the Hudson River. It is through Auguste Dupin, that Poe explores the reason for the young attendant’s disappearance.  It was his belief that part of the detective’s job was to get into the mind of the criminal to understand their motives in order to catch them. This form of detective investigation is explored in the current movie “The Raven,” based on a fictitious encounter between a killer with non-fiction Poe.

In 1847 Virginia died at the tender age of twenty-five; following the same tragic end as his mother.  One year later Poe attempted to contact his first love- Sarah Elmira Royster.  A widow with two teenage children, their relationship was disapproved of by her family.  The stipulation in her husband’s will stated that she would lose much of her income of she remarried- the plot thickens.

True to his luckless life, Poe established what seems to be a promise from his true love that she would marry him in 1949.  Four days later Poe was found delirious on a Baltimore Street, and died shortly after; cloaked in mystery like one of his detective stories. He was only forty years old.

Since World War Two, a cloaked visitor honours Poe’s birth and contribution to literature with three roses and half  a bottle of Martel Cognac- adding to Poe’s mystery.

“Deep into that darkness peering, long I stood there wondering, fearing,

Doubting, dreaming dreams no mortal ever dared to dream before;”