Posted on January 25, 2011 by brushedwithmystery

My father(Lieut-Col. T.C.D. Bedell) was one of the first to volunteer for active service in August of 1914.  He went to England with the surplus officers and went through all of the terrible hardships on Salisbury Plains. 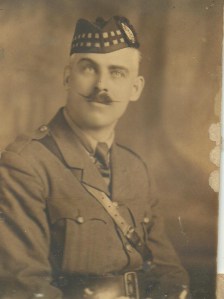 In due course he went to France and spent about a year in the trenches, at the end of that time returning to Canada to raise and take command of the 156th Battalion(Leeds and Grenville/Brockville unit in the Canadian Expeditionary Force).

In 1916 he again sailed for England and a few weeks later my mother, sister and myself followed. 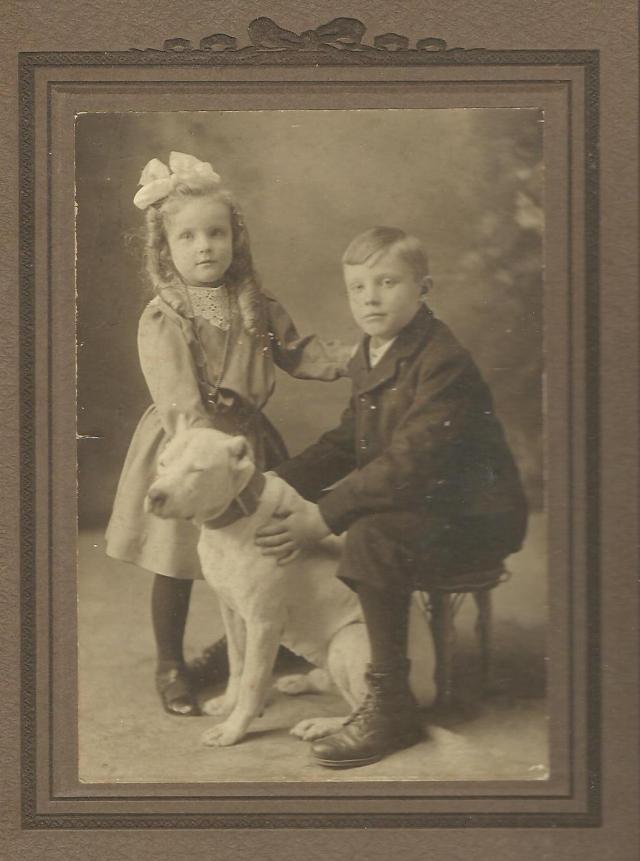 We booked our passage in the Ascania, which was to sail at 8 o’clock on the 1st of November.

On the morning of the 1st we arrived at the dock feeling very damp and dispirited.  The rain was a monotonous drizzle, and during the next few years, we were fated to see a great deal more of this kind of weather than we could appreciate.

For two hours we sat upon our trunks and waited in the midst of the confusion.  Becoming tired of this I struck up a conversation with a sailor who seemed to have very little to do but smoke a dirty old clay pipe.  He informed me that the delay was because they were afraid to put  the bags of flour into the hold  damp, and so we waited some more.  At last our luggage was put on board and then we followed it.  Two tugs pulled us out  into the stream, a frantic waving of hundreds of handkerchiefs and we were off.

Next morning we stopped opposite  Quebec while a puffing little tug came out with mail and a few passengers.

Soon after passing through the Strait of Belle Isle, with snow-capped mountains on either hand, we found ourselves in the open Atlantic.  Then everybody was ordered to muster on deck with their life-belts.  Some of the ships officers came around and explained how we were to put them on , what our life boat was  and what the alarm signal would be- one long blast on the whistle, and three short ones.  The life-boats were lowered half-way to the rails and we all felt that the voyage had really begun.

One day a wireless was received that a ship was sinking a short distance away. She had been hit by two torpedoes and was sinking rapidly but two destroyers were hurrying to the rescue.  We were all ordered to carry our life belts wherever we went and our course was changed toward the north.  Soon we sighted the high bare rocks of Scilly Isles and we arrived outside of the fourteenth day we had spent on the trip.

Next morning everyone was on deck, many of us to get our first real glimpse of the motherland.  It was a bright sunny day, and the gulls were dipping and wheeling in all directions.  The hills surrounding the horbour were clothed in the greenest of green grass with a few clumps of hazel trees interspersed among the hollows.  On the left an oak woods was seen in the background. As we entered the harbour an old warship appeared.  It was the Victory herself.  She seemed small beside the big liner and yet, in days gone by, she had held the hope of England.  It was on her deck that Nelson fell in the hour of victory.

We stayed for some time a the boarding house in Hampstead and while there met Mr. Creswick and his family. An officer in dad’s regiment brought them to tea and received an invitation to spend the next day with them at High Barnet.

Early next morning I set out and after an hour’s train ride arrived at Barnet. Mr. Creswick and his son Dick were at the tram to meet me and we started out for a walk to Hadley Woods.  It seemed strange indeed to see the green grass, and the roses blooming, in the winter.  As we passed Hadley Church Dick pointed out that the date over the door was 1426.  The old ivy-grown over the door had been standing there when America was discovered, when the battle of Barnet was fought.  On the square squat tower, (which I afterwards found to be characteristic of Sussex churches), was an old beacon which was one of the many to flash the news of the coming of the Spanish Armada.

Farther along we investigated the old stocks and passed by the dead roots of an oak under which Latimer once preached, so coming to an old house which we had procured permission from those living there to see.

This house is built around an old inn and the purpose in building it was to keep this ancient building from falling in ruins.  The inn is one of those which was visited by Dick Turpin, the great highwayman himself.

Nearby is Hadly woods, now only a few miles in extent but once the deer- forest of the Norman kings.  It is still the prettiest spot, easily accessible from the tram-line and on holidays, the London people come in crowds to spend the day in the country.

After the short walk in the woods we returned for dinner, passing on the was a house which David Livingstone inhabited for some years.

After tea we went for a walk in another direction, to see the battle-field, the field where the battle of Barnet was fought and won, or perhaps I should say fought and lost, for the most outstanding feature of the Battle is the death of the Earl of Warwick , the kingmaker.  The oak where he made his last stand has long been gone but the place is marked by a plain, stone monument, the place where in the midst of his enemies, he turned, at bay, and placed his back against the large oak tree, and dared them to come on.  They hesitate, afraid of that mighty, double edged sword, but now they surge forward.  Soon the oak is surrounded by a heap of dying and dead, the earth slippery with blood.  Again they come on and now numbers tell, the kingmaker slips and falls, with every joint in his armour pierced by  his enemies swords.  He dies with defiance on his lips to the last.  Standing on that spot we can reconstruct the whole story.  History seems more real, more vivid, more interesting and I began to see the many pleasant hours I was destined to spend among the ivy- covered ruins of merry England.  Dick calls us back to life by remarking that it was nearly tea- time and after a brisk walk we arrived just as tea was ready.

1 Response to Excerpt from Grandfather’s journal